The answer to this question is not straightforward, as Jitterbug phones were mainly operated under the network of GreatCall, which is also an MVNO operator in the US. This means Great Call is also operated under any major national networks. Subsequently, Jitterbug flip phones are also known as Lively phones.

Lively is the contemporary operator of the Jitterbug phones, which uses the Verizon network as a parent company. Thus, all Jitterbug phones come with affordable plans and qualitative cellular services from the nation’s widest 5G network, Verizon. Let’s discuss other key facts about Jitterbug phones in detail!

What Are Jitterbug phones?

As we have mentioned the upper hand, Jitterbug phones are senior-based cell phones which is recently one of the first choices of the older people for convenience. Jitterbug is a cell phone company that uses Lively or GreatCall operators to run their cellular services.

You may inquire where to buy Jitterbug phones? You don’t have to go long to purchase any Jitterbug phones. They are easily available at famous shopping sites like Amazon, BestBuy, Walmart, eBay, etc. Jitterbug has launched great flip phones, smartphones, and phablets.

According to the manufacturers of Jitterbug phone Lively, Jitterbug cell phones are the simplest Jitterbug phones ever made. As an elderly senior citizen, you can take advantage of their great screens, large buttons, simple menus, Emergency Response and, on the Jitterbug Flip2, newly added Alexa voice assistance, and much more.

What Carrier Does Jitterbug Phone Use?

Jitterbug flip phones, Android phones, and smartphones operate primarily with the GreatCall cellular company. GreatCall is an MVNO Operator which operates under the Verizon network. Therefore, you can say that Jitterbug phones actually use the Verizon network as their primary service functionality.

Jitterbug cell phone plans are pretty much affordable and convenient for seniors, and their plans typically charge under 20 dollars for monthly cellular service.

Can You Use A Jitterbug Phone With Any Carrier?

Despite locked or unlocked phones, you need to keep in consideration the network compatibility of the cell phone. Jitterbug phones are usually compatible with the 3G or CDMA networks. They used to operate with Verizon’s 3G or CDMA network before the end of 2019.

From 2020, GreatCall or Lively have planned to operate their phones with the 4G network technology of Verizon. So, you have comprehended that Lively phones are now working with 3G or 4G LTE cellular technology. Yet, GreatCall is planning to take Jitterbug coverage with the 5G network of Verizon in the future.

Is Jitterbug owned by Verizon?

Therefore, you can say that Verizon is the parent company of Great Call Cellular or Lively Direct. Lively has carried out enormous initiatives to assure there is not only great & reliable service but also cheap plans on both the Jitterbug flips and smartphones.

What is the advantage of a Jitterbug phone?

The designs and the user interface determine that Jitterbug flip phones are dedicated to the seniors. The slim design, big buttons, powerful speakers, great display, and Star alert buttons define it as the perfect choice for seniors.

They come with emergency buttons for instant medical alerts for seniors when needed most. Jitterbug phone for seniors to use cellular services with modern features, and the functionality of Jitterbug phones doesn’t impact the typical lifestyle of an elderly person.

The Jitterbug phones typically cost about 70 to 99 dollars for flip devices. They don’t charge hundreds of dollars like other senior phones such as Kyocera or Alcatel. For example, the Jitterbug Flip 2 phone has a basic price of 99.99 dollars, which is a worthy price point for devices with such utilities.

What carrier does Jitterbug phone use? The operating provider of Jitterbug phones is Lively, or you can say Great Call. These providers offer their cellular coverage under the network system of Verizon. As we all know, Verizon is one of the most trustworthy networks in the US, with nationwide 5G coverage.

Largely we can say that Lively, the Jitterbug flip or Smartphone providers operate with Verizon Wireless network coverage. It means even if you travel anywhere around the world with Lively Jitterbug phones, you can enjoy a great cellular service without interruptions.

As Jitterbug phones are based on seniors, they also add a Star button at the base of the keys, which works for emergency medical alerts for seniors. With their basic or unlimited cellular plan, you can get their Urgent response service for free!

Under the medical alert systems, they add 5 Star Urgent Response, Urgent Care, GPS, and Personal operator for aged individuals. The response rate is quick, and when you press the 5 Star button instantly, it connects to Lively response agents.

Since Jitterbug phones are senior-based, the Voice assistance feature is a must needed element. It has a built-in voice assistant capability which is operated by Amazon’s Alexa.

Thus, the senior citizens can use the feature for making calls, writing messages, browsing the Internet, and much more things only with their voice. They have voice dialing capabilities to connect you with the right person in a breeze!

What is the downside to the Jitterbug phone?

Alongside the great features, Jitterbug cell phones also show some downsides. Here are a few bad sides of Jitterbug phones!

Users of Jitterbug cell phones typically report that the battery which doesn’t last more than a day when used frequently for calling or texting. Besides, camera quality is not to the point, and sometimes images come at a blurry stage. Jitterbug phones are not made with a waterproof design.

Right now, at the beginning of 2022, you won’t be able to find any shared cellular plans or family plans for the Jitterbug phones. It indicates that if someone wants to add a user/device under a plan, he can’t perform it.

For the couples in the family, if anyone wants to buy a new device, they need to start it with a new cellular plan for the fresher device. This is a huge downside for the families and the couples.

Cell phone providers like Consumer Cellular usually upgrade their existing plan to a new one when you use more than the set limits within a month. But, for Jitterbug Lively, you may have to pay for each minute or message you use after crossing the monthly limits.

This causes extra overage fees at the end of the month, and it is an issue of inconvenience. Besides, their unlimited plans don’t determine how many minutes or messages they offer, and it is tough to estimate the usage to dodge the overage fees.

How do I activate my new Jitterbug phone?

After you have ordered a Jitterbug phone online, it will take about a week to arrive. You need to activate your Jitterbug device online, as they don’t have any physical stores. In the activation process, first, you need to enter your primary/permanent address or ZIP code. Following, they will require the below info-

Jitterbug will do the rest of the procedure for your device activation. If you are all into any difficulties during online activation, you can contact Lively support at 866-482-1424.

FAQ About The Jitterbug Phone

What is the monthly fee for Jitterbug?

Will Jitterbug phones work with 5G?

Jitterbug phones are now working broadly with 3G and 4G networks. However, in the future, Jitterbug may upgrade to 5G network technology.

Can Jitterbug be used with AT&T?

No, you cannot directly use any prepaid or locked Jitterbug phones with the AT&T network, as they operate officially only with GreatCall/Lively.

Do Jitterbug phones have SIM cards?

Yes, the flip versions of the Jitterbug phones with a previously installed SIM card. You may have to remove it from the device. Otherwise, it may damage the device.

How much is the activation fee for a Jitterbug phone?

On an average basis, you may need to provide a one-time activation fee of 35 dollars for each Jitterbug phone.

Now you know the answer to your question, What Carrier Does Jitterbug Phone Use? Jitterbug phones function under the GreatCall or Lively Direct provider, and they provide services using the Verizon network. You can use Jitterbug cell phones at any carrier with CDMA or LTE network compatibility. 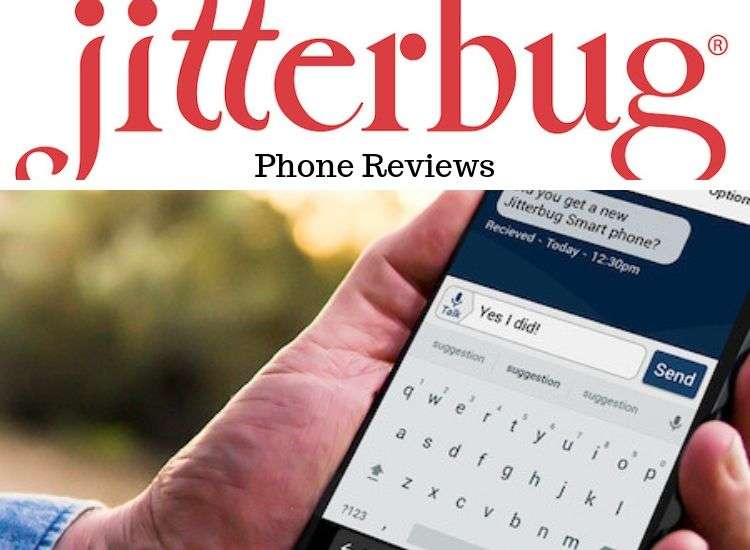 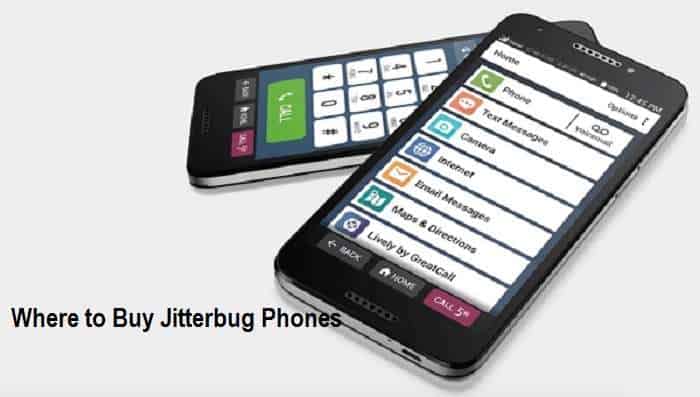 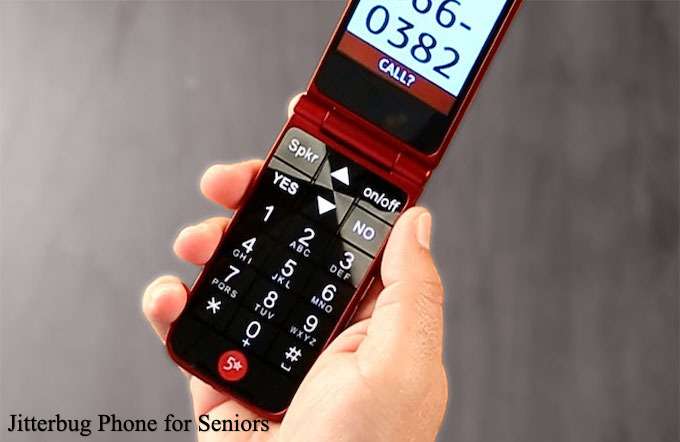