Switching From AT&T To Verizon may seem a pretty tricky process. Well, it is a little difficult with confusions like keeping your current cell phone and number and the cost of switching.

But, if you follow this process of step by step guide, you can see how easy it is to switch and how to save money by switch from AT&T To Verizon. But, before we move to the process, first, I need to clear your questions. So, without more time-wasting, let’s start with –

Why Do You Need To Switch Verizon?

I can’t give an exact reason for switching from AT&T To Verizon. Both of the networks are the country’s best carriers. And, both of them offer pretty expensive plans. But, depending on you, there could be numerous causes.

After I talked with a few of the people who switched between the carriers, one most common issue I found were coverage and price.

The area they are dwelling in doesn’t have good coverage from AT&T. And, the price of some plans is pretty expensive compared to others.

I also found some people telling they switched to Verizon to get a better phone deal. Or, their living area has too many AT&T users, so often network congestion occurs.

One of the above could be your reason, or you may have a different one. Whatever your reason may be, if you find the problem is addressed by Verizon, you can switch from AT&T to Verizon.

How To Switch From AT&T To Verizon

Can You Keep Your Current Phone?

You can keep your phone if the phone is unlocked. If you buy the phone from the carriers directly, it will be locked most of the time. For that, you require to unlock the phone. 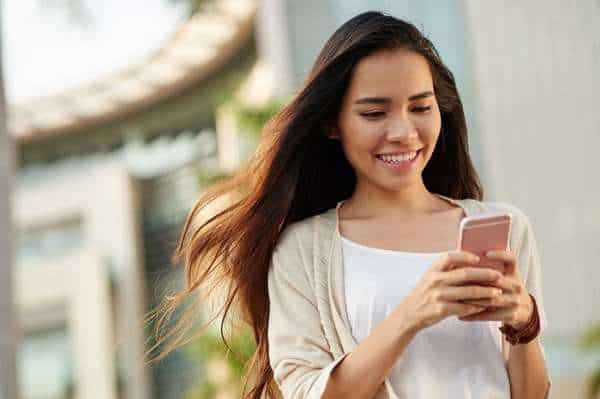 You can check if phone compatibility with the Verizon network from Verizon’s website. If you find it won’t, there are instructions from AT&T switch deals to unlock your phone and bring it to any carrier.

There few requirements to unlock an AT&T phone:

Bring Your Phone To The Verizon Network

After you unlocked your phone, now it’s time to check if it will run on the Verizon network. You can quickly check smartphone compatibility with the help of Verizon’s web tool. You will know the answer immediately by providing your phone IMEI or MEID number.

IMEI number (international mobile equipment identity) is a 15 digit number that helps you GSM, WCDMA, iDEN mobile phones, and satellite phones. The unique number lets you know if it’s compatible with one network or not.

On the other hand, the MEID number is a 14-character PIN for similar reasons. You can also use this code to find out compatibility.

How To Find IMEI On Android

On an Android device, you can find your unique IMEI number by swiping down from the top of your screen and tapping the gear icon to access your Settings. Scroll down until you see About phone. From here, you should be able to locate your 15 digit IMEI number.

How To Find IMEI On iPhone

To find the IMEI number on the iPhone, you need to go to Settings, then General, and select About. Search for the serial number there. You can find the IMEI/MEID if you scroll down a little.

Can You Keep Your Current Phone Number?

Yes, it’s usually the most effortless process to keep your current number even when you switch cell phone carriers. Keeping the phone number unchanged when they at&t to Verizon switch providers is a mandatory regulation from the government. But, before change check, if your phone number is eligible for the service.

To maintain your phone number, don’t cancel the service with your AT&T until the number is transferred to Verizon. And, you don’t need to cancel the service at all, as it will be canceled automatically once the port is completed. There aren’t any additional charges in the process.

Things You Should Know Before You Switch

You need to be strategic when switching from att to Verizon, so make sure that you switch a few days before the end of your monthly data cycle.

For example, let’s say that the billing cycle with your current carrier resets on the 1st of the month, and you activate service with a new provider on the 5th. Do you think your previous provider will refund you the money? Are you sure about that?

The cell phone provider that you’re leaving will probably charge you through the end of your billing cycle, and you may have to pay prorated charges with your new wireless company.

So, the experts from our team recommend, you sign up for your new cell phone service and port your number four days before your billing cycle is set to end. 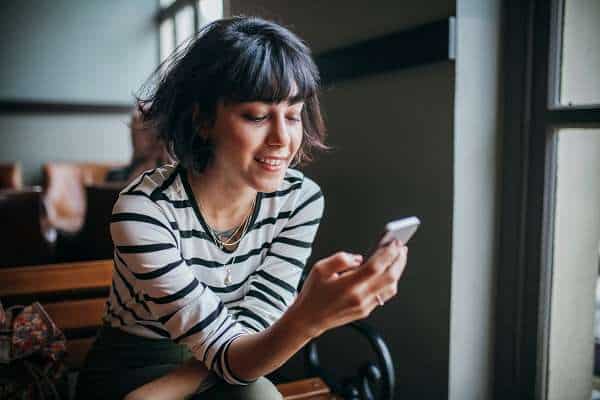 Selecting a suitable plan is essential when switching from one carrier to another.

Verizon Play More: Verizon’s Play More plan is one of the best-unlimited data options around. Not only does it include a total 5G on Verizon’s impressive network, but it also includes a free subscription to Disney Plus, ESPN Plus, and Hulu.

Additionally, a six-month trial for Apple Music along with a year of Discovery Plus and the streaming gaming service of your choice (Apple Arcade or Google Play Pass). Those extras make Verizon’s Play More a top choice for unlimited data.

Verizon 15 GB Prepaid: Verizon’s prepaid plans cram a lot of data in for the price. The best option gets you 15GB of data for just $50 a month, but if you set up AutoPay, that price drops to $45.

The price then drops by another $5 after three months and a further $5 after nine months. That leaves you paying just $35 for your loyalty.

Verizon 5GB tiered data: If the unlimited plans above feel too expensive, a tiered option through one of Verizon’s shared data plans could be better suited to you.

The plans include both LTE and nationwide 5G coverage (though not the faster Ultra Wideband 5G).

Phone Deals On Switching To Verizon

You may already have an unlocked phone, or you may want a new phone to bring to the Verizon network. Verizon offers some interesting deals for this case.

iPhone 11: Verizon is offering the iPhone 11 for free when you purchase it with an unlimited plan. That’s one of the best Verizon cell phone plans you can find. (Underneath the “64GB/$24.99” tab, you’ll find more details on the promo). It’s available online only and requires a one-time $35 activation fee.

iPhone 12: The iPhone 12 is on sale right now at Verizon. Trade-in your old phone and open a new unlimited line to get up to $700 off. Plus, you’ll get a bonus of $500 off if you switch from a different carrier.

Those two promotions together completely wipe the handset’s price off the board, leaving you with just the cost of the unlimited data plan.

Apple iPhone SE: The inexpensive version of Apple, Apple iPhone SE could be a great choice if looking for budget-friendly phones. You can get the phone free of cost from Verizon currently.

But, that has a 24-month contract, and you need to pay back the money in the form of a credit bill. The phone doesn’t have the most impressive specs, but that won’t be a problem if you aren’t looking for the most up-to-date iPhone.

Galaxy Z Fold 3: The hottest new phone of Samsung is on a massive sale with Verizon. You can get fantastic phone deals when you switch to Verizon or add a new line to the network. New customers who switch to the network get up to $1000 off one pomo credit.

Galaxy Z Fold 3 upgrades include a brighter display and enhanced multitasking features, complete with a Windows-like taskbar. However, the battery life could be better, the design is still quite bulky, and Samsung should have included the S Pen.

Samsung Galaxy S21: With its 6.2-inch display, a trio of rear cameras, and the same 4,000 mAh battery, the Galaxy S21 isn’t much of an upgrade over its predecessor.

Sure, it comes with a new camera module and color schemes, as well as Qualcomm’s Snapdragon 888. But the Galaxy S21 turns out to be very much an iterative upgrade; the big changes come in the Samsung Galaxy S21 Ultra this time around.

Just bear in mind, there’s only a USB-C cable in the box, so you’ll need to pay out for a charger if you don’t have one already. And the S21 only comes with 8GB of RAM, with no option to get the 12GB of the Galaxy S20.

FAQs About the Switch From AT&T To Verizon

Q: Will Verizon pay you for switching to their network?

Yes, Verizon does pay for the termination fee of your old contract up to $650. But, it changes pretty frequently. And, you need to come in a contract with Verizon, which is usually two to three years long.

Q: Does Verizon give away free phones to new customers?

Following the footsteps of T-mobile and AT&T, Verizon also started giving away free phones when you switch to its new customers.

For that, newcomers can trade in their current cell phone and get a new 5G phone for free by selecting an unlimited plan. Recently, Verizon has been offering up to $700 for a new iPhone or $800 for a new Android phone.

You can switch, but for that, you need to pay off the phone price first. But, if you are in a contract, there will be termination fees.

Q: Is there any activation fee for Verizon Wireless?

Yes, Verizon charges a one-time $35 for activating per device or upgrading their network.

Verizon is one of the best carriers for expensive and high-speed plans. And, in comparison to the other phone carriers, the plans include more perks like a free Netflix subscription, HBO subscription, unlimited hotspot data, and many more.

Just keep in the time of switching and the contract you are signing. The contract can be lengthy, especially if you get a free cell phone or get one at a huge discount. But, if you are satisfied with Verizon’s service and willing to stay with it for a long time, then the deals are the best option for you.