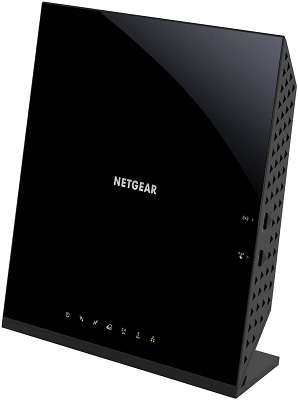 Are you having trouble with your cable connection speed and tired of calling the technician? That is probably because of your old router, and we are here with the Netgear C6250 review.

If you are an Xfinity customer, this will be an all-rounder device for you. With high wifi speed, range, and compatibility with most of the major service providers, residents all over the US can use it.

Also, getting this router will save you money by cutting the monthly rental fee for the device given by your provider. So, let’s start the review without any more delay and see how to be a gainer.

As the prices of both combos are almost the same, anyone would keep the ARRIS SURFboard on top. It is because of the device’s specs. But there are more than the specs to consider before buying a cable modem router combo.

On one side, the ARRIS SURFboard has 24 downstream and 8 upstream channels. Also, it has AC2350 wifi technology for more speed. As a result, this router will allow you to have a connection with more speed.

On the other hand, the Netgear ac1600 wifi cable modem router C6250 is very reliable with both connections. You will not need any maintenance and won’t face a connection drop even if you connect a lot of devices.

Key Features of the Netgear C6250 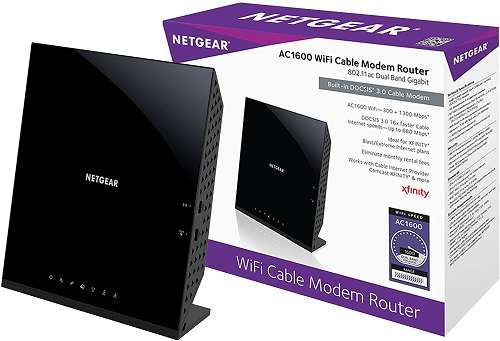 The combo has 16 downstream and 4 upstream channels, which will allow a maximum of 680 Mbps modem speed and 300 Mbps of internet speed.

More channels mean that you will have smooth browsing or streaming experience during network congestion. The manufacturer recommends those speeds where the actual limit is more than that.

The wifi range will cover a large home as it has Beam-forming technology, and the wifi signal is distributed on a dual-band. Moreover, it has an improved antenna design and is built-in inside the body.

The performance of this router-modem combo is impressive. You won’t get disconnected for a minute while some users watch TV and some browse the internet. Almost all of the devices in your house will be able to get connected wirelessly.

The compatibility will never be an issue as most of the major cable service providers support this device. For example, Xfinity from Comcast, Spectrum, Cox, CableONE, or other providers are on the list, but you should check with your company to be sure.

The router can connect two devices with its Gigabit Ethernet ports. So, there won’t be any complaints about a slower wired connection. Also, a USB port will allow you to connect a hard disk to the network and use it as a local FTP server for speedy file sharing.

Configuring the device and starting using the internet is very simple if you follow the instruction manual. The physical connections are easily understandable, and you will need to use the Genie app for further steps. The app will let you put the credentials provided by the cable company and get connected to their network.

After that, configure your wifi settings, and it will all be set. Finally, connect your smart TV, smartphone, and any other device and enjoy your favorite shows or online games.

What are users saying about Netgear C6250?

After gathering Netgear C6250 reviews, we got mixed opinions about this product. But you won’t have any confusion or doubt if you know the facts. The good thing about it is that the Xfinity users are pleased with the performance of this modem router combo.

Replacing their old router with this one and comparing the speed plus performance, we saw significant improvements. However, this will not only happen to the Xfinity users but also to some other supported cable operators’ users.

However, there is one thing that we have to mention here. The combo comes with only two Ethernet ports, but both of them are capable of handling Gigabits per second. We think this is a problem that can be solved easily by buying a switch or choosing some other best modem router combos for Comcast.

How Worthy is Netgear C6250 Compared to its Features and Performance?

After testing the combo to its maximum limit, we think that this is worth buying. If you have a device rented from your provider or an old one with many issues, you must replace it with the Netgear C6250 100NAS.

In the long run, you will be able to save money, and here is how you can do that. For example, your yearly cost for renting a combo is around 130 bucks. So, you can buy this with only one year’s rent money.

A combo like this one doesn’t last for only one year but more. So, you will be able to save almost twice its cost if it lasts for at least 3 years.

You may explore Netgear AC1600 Review

I am seeing the same router where one model is C6250, and another is R6250; which one should I buy, and what is the difference?

If you want to use only your internet connection wirelessly, you can buy the R6250 model. On the other hand, the C6250 is for those who want to connect their cable connection to watch TV and browse the internet simultaneously.

This is called a combo, and you will save money as you won’t need to buy two devices for two different services. Apart from this device, there is some other best cable modem for Xfinity that you can choose from.

Can I take the service of other providers than the recommended cable companies?

Yes, you can, but you will need another type of device if your provider gives you a fiber optic or telephone line connection. The only kind of link this modem router combo allows is the coaxial one.

Does this router come with the latest Mu-MiMo technology for faster speed?

Unfortunately, no, this router does not have that. If having Mu-MiMo is your top priority, you should look for some other models.

After reading the Netgear C6250 review, the time has come to make a decision. It is up to you now whether to keep spending more or invest one time and be a gainer in the long run. 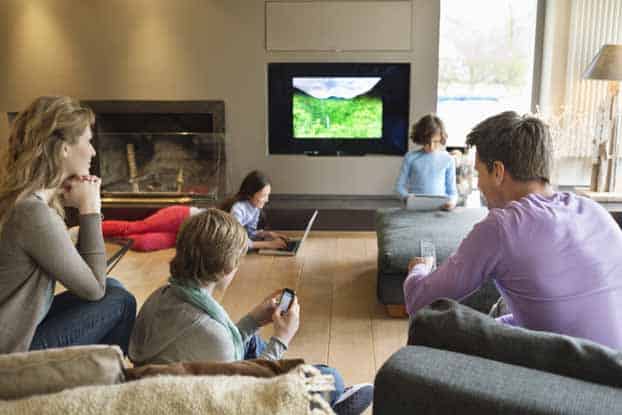