MetroPCS is known for its great plans. The plans they offer are generally quite inexpensive and make up for a fantastic deal. Compared to their competitors, the MetroPCS new customer deals provided by MetroPCS often stand out. Even when the prices are low, you do not have to sacrifice on the quality of the product. In fact, reports confirm that Metro’s performance is much better compared to other network T-Mobiles. This makes Metro one of the best prepaid carriers in the nation.

There are so many brilliant deals available right now where you get their services at low prices with Metro PCS phones and plans. By availing these metro pcs phone deals for existing customers, you not only cut down on the costs of buying a new phone and their service, but you can also rest assured that you will get one of the best network services in the nation. Here, we have listed the top 10 MetroPCS new customer deals of 2020 for you.

This deal is worth switching to Metro by T-Mobile. It offers an iPhone 6s which comes with a 4.7 inch screen display. It has a rear camera of 12MP. Plus, it offers the facility of 3D Touch. This smartphone has memory storage of 32GB and it appears beautiful in look. Therefore, you do not have to compromise by getting a phone that does function well in comparison to the latest Metro PCS phones in the market.

Through this deal, the customer receives nearly $400 off when switching to Metro from some other carrier in a store. You have to sign up for data plan as well to avail the deal. All in all, this deal is excellent for the new customers of MetroPCS in 2020.

If you start using services of MetroPCS, you can avail this amazing deal where you get 10GB data by only paying $40 per month. Not only that, but you also get the unlimited talk time, unlimited text service and so much more. They have also included Music Unlimited and it has over fourty music apps which do not use your data. You can listen to your favorite music offline on the go. 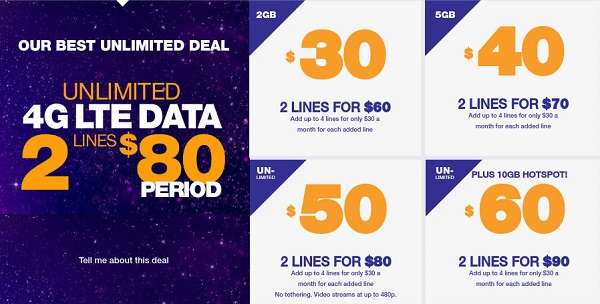 If you are a music lover, this deal is great for you. This deal offers so much data at just $40 per month, which is epic. Also, you can stream all the tunes of your liking without using any of your data. Super epic!

Do you wish to get the latest iPhone XR in the market? Through Metro by T-Mobile, you get so many phones free of cost or at a discounted price, if you switch to MetroPCS in store. If anyone switches to Metro, port-in their number and get activated a new line, you get a discount of $200 on the latest iPhone XR. You may find Metro PCS free phone deals here.

Here, you receive the greatest and latest of deals. The new iPhone XR is popular in the market these days. It is water resistant and splash resistant. Besides, it is provided in many beautiful colors. It offers the latest of technology and when it comes to its looks, it looks stunning with its edge-to-edge displaying screen. The best thing is, it is available through an excellent deal right now.

The iPhone 7 is full of great features and looks absolutely fabulous with its 4.7 inch display screen. It has a rear camera of 12MP and front camera of 7MP. The facility of 3D Touch is available with the provision of 32GB memory and so much more. If you are an iPhone lover, this deal is brilliant for you.

MetroPCS Deal on iPhone 6s Plus

Through this deal, you receive iPhone 6s at just $130 if you port your phone number to Metro PCS in a store. You also have to sign up for a data plan to use along with service. You get the latest iPhone 6s Plus at the price of only $180 through this deal.

You save nearly $400 on a latest iPhone in the market. iPhone 6s Plus has a Retina display of 5.5 inches. It also has an A9 chip. Plus, it comes with a camera of 12MP. You get the facility of Touch ID of the second generation. When it comes to memory space, the phone offers 32GB memory. In conclusion, it is indeed a great deal.

You can avail this deal by bringing your phone to MetroPCS. With this, you save big-time on 2 lines. If you switch to Metro in a store and get 2 lines unlimited LTE data, the cost of the monthly plan gets reduced to $80 only.

All the plans by MetroPCS include fees and taxes at the same price for new as well as existing customers. Also, in this deal, you get unlimited talk time for calling in Mexico. You get the service of text messaging worldwide, which consist of data roaming. 5GB hotspot data is also provided. Plus, 100GB storage from Google is also offered in the deal. In conclusion, a great deal to avail.

What if we tell you that you can get Samsung Galaxy A10e without paying anything for it. Well, this deal is only available for purchase in stores. If you switch to MetroPCS in a store, you get 100% off on this fantastic phone. Yes, you read that right.

Although it is not totally free per se, as you have to sign up for a data plan for usage. But that is the only requirement you need to fulfill to get your hands on this offer. However you can find the most popular Samsung metro pcs cell phones here.

Coming to the features of the phones, Samsung Galaxy A10e has a 5.83 inch display screen, 8MP rear camera, edge-to-edge display, 32GB memory and so much more. One of the best things about this phone is its battery life. Once fully charged, the battery lasts for a whole day.

Nowadays, all plans offering unlimited data are not created equally. However, this plan is an exception to this rule. Here you get 4 lines of unlimited full speed data with just $120 for each month. All the fees and taxes are included in this price. However, it is a store offer, so you cannot avail this deal online.

Do you like flip phones? If yes, this deal is for you. You get Alcatel GO Flip on the price of $89 with this deal. Plus, you have to pay for a monthly data plan worth $30, which offers 2GB of high speed data.

If we talk about the features of Alcatel GO Flip, it is a very basic kind of flip phone. It has huge screen with the facility of retro flip. You can call, text and use the internet by connecting to a Wi-Fi signal. It offers the facility to play videos on its big screen. Overall, it is a good deal if you would like to use this flip phone.

If you would like to buy Samsung Galaxy J3 Prime, this deal by Metro PCS is best for you. In this deal, you get this phone at a discounted cost if you take $30 data plan along with it. Availing this deal, the phone will only cost $139 to you.

Plus, you will get full speed 2GB data for usage. You also get unlimited minutes for call and service of unlimited texting within this deal. Therefore, you save a lot on money if you avail this deal. For the people who appreciate the quality Samsung provides and want to be loyal to their favorite company, this is the deal you should go for.

All these top MetroPCS new customer deals are available in 2020 for the new users of MetroPCS. We have to say, these deals are pretty good. After all, who does not like to save on money? Now that you know all the top deals offered to new customers by MetroPCS, you can choose the one that you like the best for switching to one of the biggest networks in the country.

Myself Rony Jahid, most struggling manager of ResetTips, an ex full time top freelancer at (freelancer.com). A part time blogger and an affiliate marketer on various platform, who still runs after his goal.## Hobby or you can say bad habit, invest into calculated risk. #Ronyjahid

How Can I Switch to Boost Mobile from Metro PCS?

Get your product from best sellers