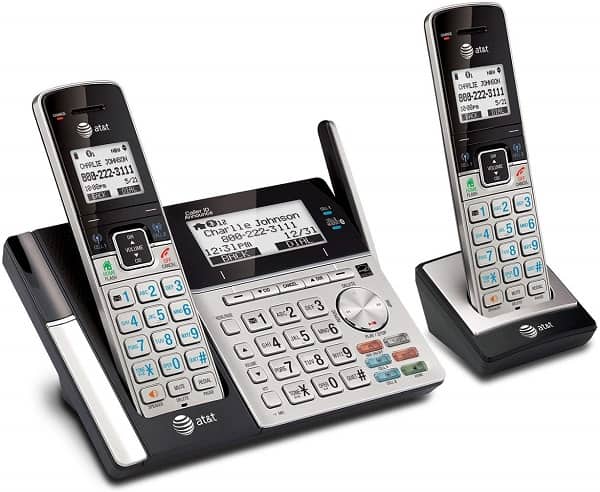 The look of AT&T TL96273 is formal and modern, which is preferred by professionals for their offices.

The desk set comes with all the necessary features so that it can match the speed of a busy assistant or manager.

The main advantage is that you can treat the AT&T cordless phone as a wired or wireless phone.

It will give you the flexibility you need to manage calls without hampering the tasks of the moment. If you like the best AT&T phone systems for the home, you can seriously consider this one.

Both models are identical, considering performance and overall features. The AT&T TL96273 comes with an extra handset with the package where VTech DS6151 doesn’t. But don’t undermine the VTech phone as the price is lower than the other one. 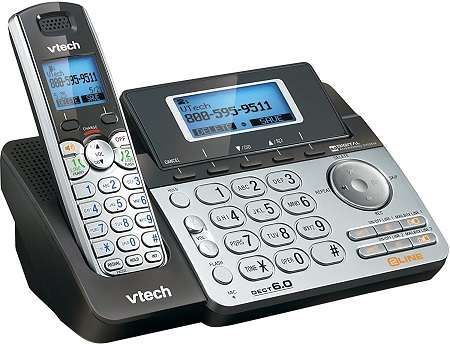 Both phones have multi-line operability and ensure low power consumption. So, choosing one among them is tough.

Both have a large display for better and quick call management and come with two context-sensitive buttons. So, the decision-making part has come to a point where looks are the ultimate deciding factor. 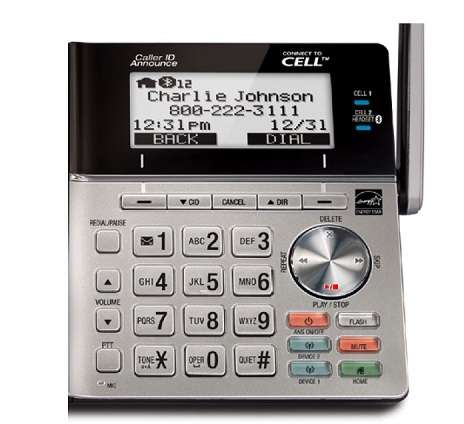 The phone comes with HD audio quality and ultimate call clarity. As a result, you will be able to hear the caller clearly unless he/she is calling from a crowded place.

The range is another crucial factor to consider before choosing a cordless phone system. The specs say that you will be able to talk from a great distance, but you have to rely on field experiences.

Obstacles can cut short the range significantly, and this one can support you from 200 to 300 feet with such barriers. We think AT&T TL96273 DECT 6.0 handsets can provide enough range, which is enough for our working conditions.

The flexibility of using this phone is ensured with the capability of adding 12 handsets to the base station. Also, you can take calls from your landline and your connected smartphone.

So, it works as a virtual multi-line phone system considering its answering capabilities for both landline and cellular calls. The cell phone connectivity also ensures that you can take calls and hear the voice messages on your phone.

On the other hand, you can take a note and talk at the same time due to its speakerphone feature. We mean that it will allow your hands-free operation, which is vital for both office workers and home users.

Among other important functionalities for the users, it has a caller ID announcement so that you won’t have to scramble for the handset or deskset to see who’s calling. Also, the phone will allow you to download the phone book from your connected smartphone, which will save a lot of time and effort.

Users are delighted with these full-featured desks and two wireless handsets that come with the package. People with bad cell reception in their area got landline phone connections and bought the AT&T TL96273.

After some days of usage, they were happy to get calls without any problem. Also, this phone system is straightforward to set up along with Bluetooth connectivity. We had significant advantages in connecting our cellphones to the network for managing calls and hearing voice messages.

However, some customers complained about a few things, and we went through all of them. The fact is that you will have the option of both new and used phones. Those who have a low budget tend to go for the used phone system. Moreover, they don’t do much research about the seller and buy faulty sets.

In the end, they get disappointed with the quality, and the phone system starts showing unexpected issues. But we assure you that you won’t have the same problems if you increase the budget range a little bit and buy a new one.

Also, don’t forget to see the reviews and ratings of the seller and the product. By the way, some requested us to share some best AT&T phone systems for the home as those are very helpful.

How worthy AT&T TL96273 is compared to features and performance

The used phone sets listed by some sellers are cheap, but do you want to take the risk? If you don’t have the time to experiment or the budget for threats, you should go for the new ones.

And, the new phones are worth every penny for their features and performance over the years. Overall, it is a bit costly solution but the perfect one for offices. Otherwise, you can check out some of the best AT&T phone systems for the home.

This phone has an option for Bluetooth connectivity and takes calls from a cellular network; can I use it without making a landline?

Yes, you can connect your phone to the phone and take calls using the handset whenever you are in the range.

How would I know if I had a message waiting on this phone?

The phone makes a loud beep sound every 10 seconds so that you know immediately whenever a message is recorded.

I already have a 2-line connection; can I use two lines on this phone?

Unfortunately, you can’t do that, and there are other models for your requirements. For example, TL86109 has 2-line operability and all the necessary features that you might need for your office.

Considering all those features described above and user opinions, is it worth your money? We would tell you to have the AT&T TL96273 despite some bad reviews if you ask us. We explained the reasons for those reviews, and you should follow our guidelines to avoid being tricked.